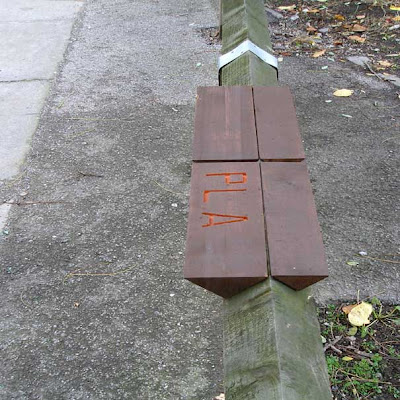 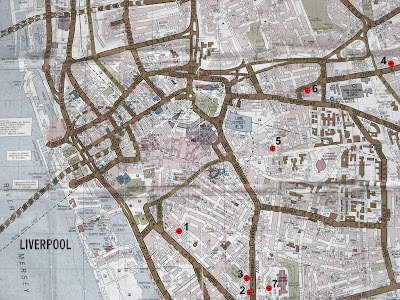 In Liverpool, many common lands, vacant sites demolished by the Second World War or by factory closings, are delimited by identical wooden barriers. These barriers limit access, create boundaries, and suggest that these sites are made to be looked at, but not to be used. While documenting these repetitive elements, I saw some that were burnt, torn apart and sawed, by residents, perhaps to give access or maybe to protest their presence?

These vacant land-separations in Liverpool reminded me of similar structures in my home town of Montreal surrounding derelict land or parking lots which have also gradually replaced demolished and burnt down industrial buildings. In Montreal, however, these barriers had flat rather then triangular surfaces, offering occasional, informal and unusual seats. Near my loft in an old warehouse district, they often serve as temporary seats in an area where there is very little urban furniture, public parks.
In Liverpool, the triangular positioning of the wooden barriers make them on the contrary very uncomfortable and impossible to use. These subtle anti-use design tactics, more and more frequent in many cities, are often invisible until the moment we decide to use a specific element or space, before discovering is impossible. One thing that surprised me in Liverpool was the scarce number of seats in the city and how existing, official and elaborate ones where placed in the least inviting, intimate and desired spaces: on a slanted slope, on windy sites... with high visibility but little comfort or intimacy.
The objective of this bench project or public loitering device is to bring to these barriers a new and non-desired use. This project explores the potential of punctual, minor tactics for the creation and activation of public spaces which necessitate little investment on a municipal level, and instantaneously adapt to changing realities. 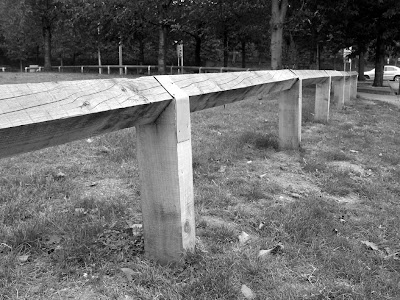